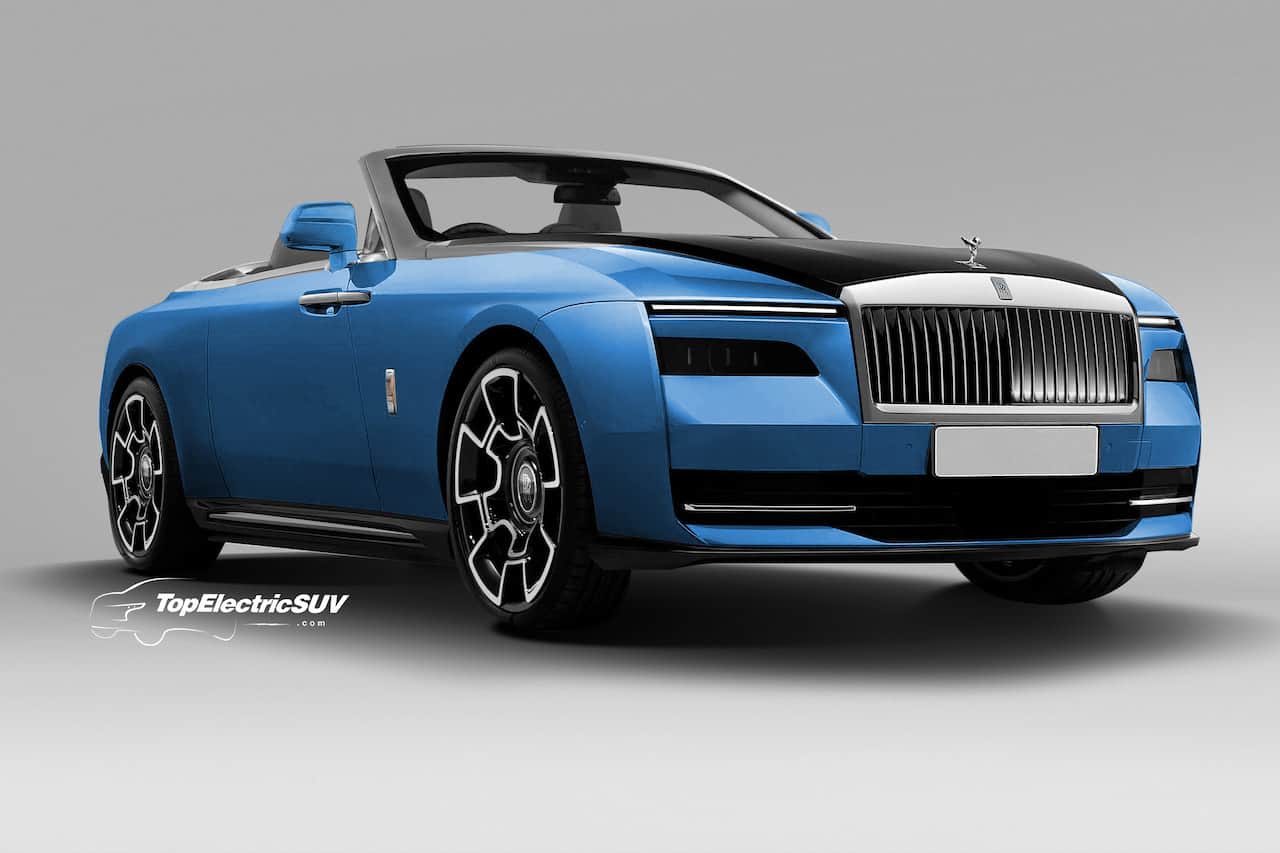 Just as the Dawn was to the Wraith, expect this new convertible to be the same as the Spectre from the A-pillar forward. Then, it will just have a soft-top convertible roof, a flatter rear deck, and probably the same rear end. Inside, there won’t be many differences, either. That’s not really Rolls-Royce’s style. So expect the same great cabin.

When it debuts, it will come with the same all-electric powertrain as the Spectre, with two electric motors making 577 horsepower. Though, it will be a touch heavier, due to its convertible roof mechanism and added structural bracing adding weight. So it will be slower than the Spectre. That’s barely an issue, though, as Rollers have never been about speed. Instead, they just need to be quick enough to feel faster than normal plebs.

The Rolls-Royce Spectre convertible will be a rare bird. At the moment, there are no electric convertible grand touring cars on the market and the only other one that seems to be in the works is a Genesis concept, which will be priced far cheaper than the Rolls. Which means that Rolls will offer a unique driving experience, one that seems quite lovely. Driving around in a sumptuous, impossible comfortable, absolutely silent convertible seems incredibly enticing, especially on long, romantic grand tour.