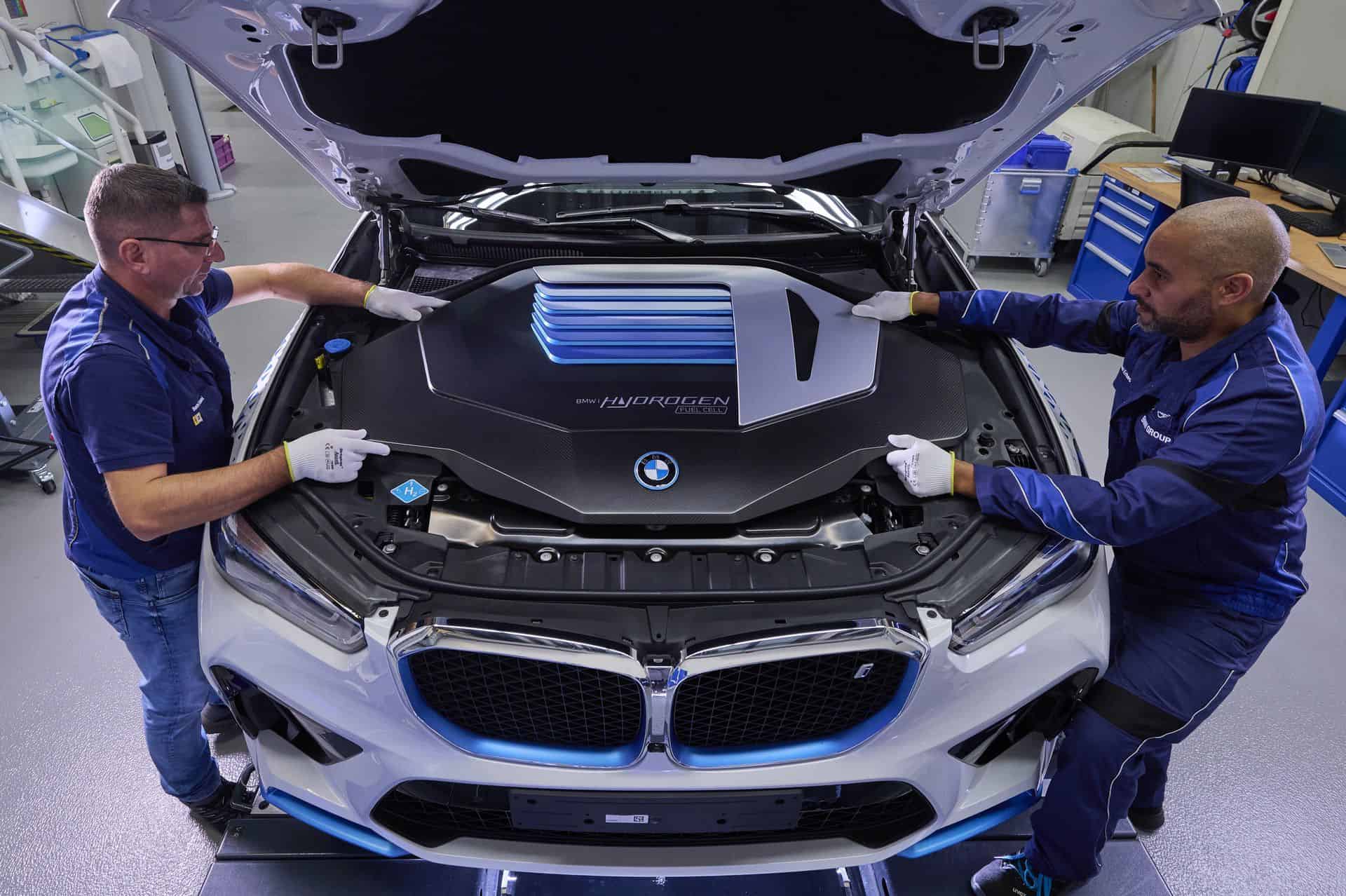 BMW has long considered hydrogen-powered vehicles as an alternative to gas-powered ones. And despite conventional leanings towards electrification, BMW continues to invest in alternatives. They’re not alone – BMW has cooperated with Toyota since early 2013 to pursue greener pastures. Today, BMW announced the beginning of small-series production of its BMW iX5 Hydrogen model. Offering similar efficiency and performance as a comparable PHEV, the iX5 Hydrogen’s production marks a historic landmark for BMW and hydrogen-fueled vehicles. 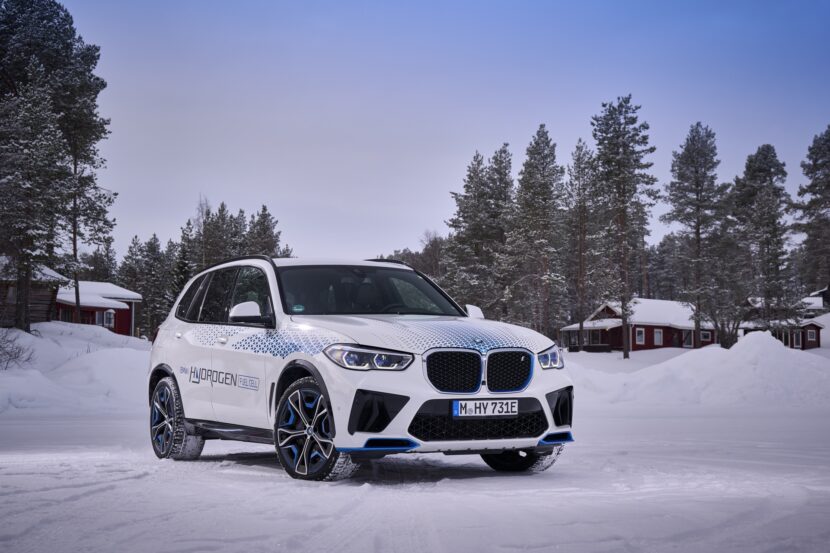 But this is not BMW’s first foray into the world of hydrogen cars. In 2006 they built the Hydrogen 7, another small series of cars. In case you don’t remember, the E65/66 7 Series had a version that used hydrogen instead of petrol or diesel to get around. It was only built in 100 units and was presented as a sort of experiment to the public, to show that hydrogen can be really be used on passenger cars. The remarkable thing about this vehicle was that it was actually using an internal combustion engine that burned hydrogen instead of getting energy from it via fuel cells. 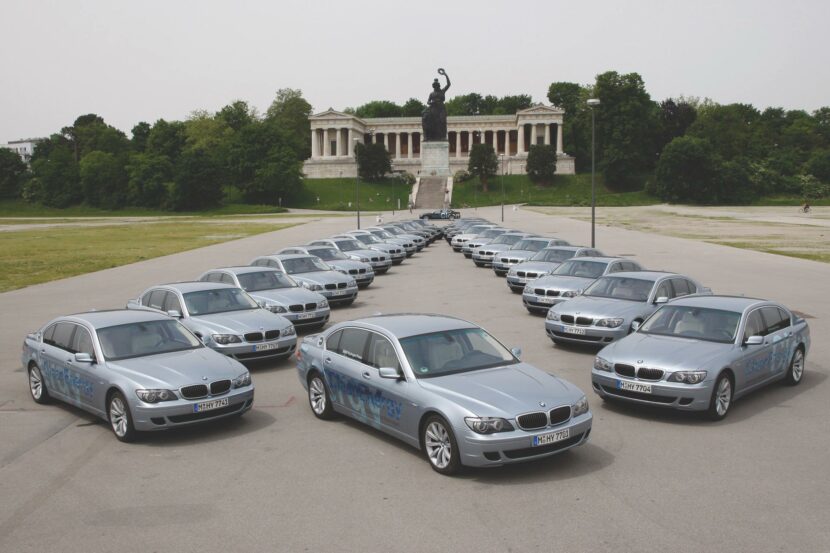 The Hydrogen 7 was based on the 760Li model and featured two tanks: one for hydrogen and one for gasoline. The 6-liter V12 engine under the hood was modified so that it could use both fuels. Unfortunately, the efficiency the car had on hydrogen was extremely low, returning about 5.6 mpg (50 l/100km) on average, mostly due to the difference in energy density between petrol and hydrogen. The hydrogen range was also fairly low, around 80 kilometers. 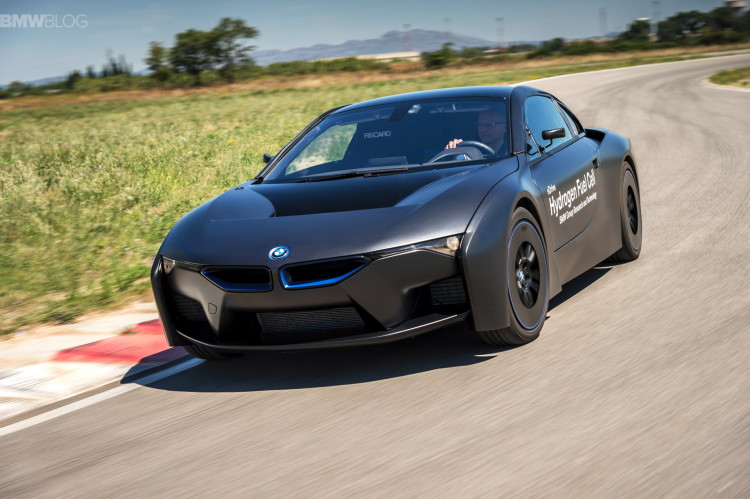 In 2013, BMW partnered with Toyota to create the next generation of hydrogen cars – this time using a fuel-cell technology. In 2015, BMW showcased a 5 Series Gran Turismo with a fuel-cell which offered enough space for the large hydrogen tanks. An experimental BMW i8 Hydrogen was also built, but no one outside BMW had a chance to drive it.

Production of the BMW iX5 Hydrogen 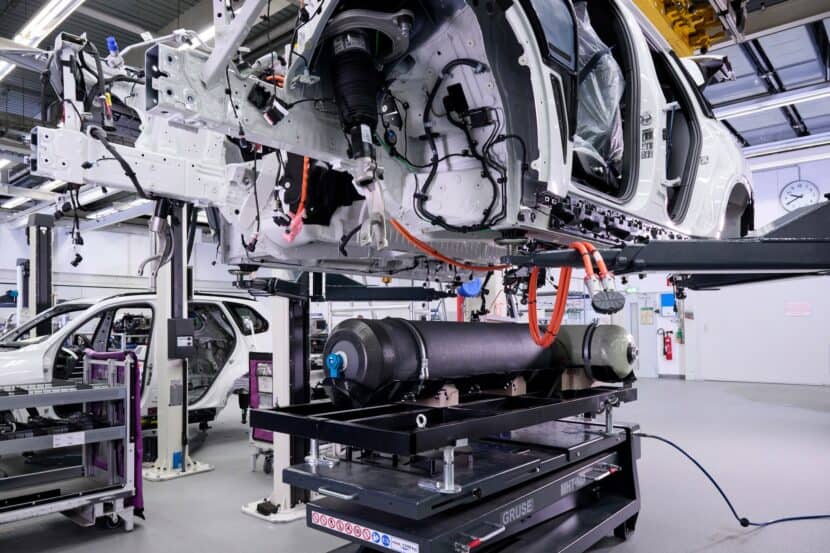 Today, BMW is ready to introduce another small fleet of hydrogen car – this time based on the popular BMW X5. Don’t overthink it – Plant Spartanburg in South Carolina is still responsible for most of the world’s X5 supply. That being the case, the platform of the iX5 Hydrogen still takes place there before being shipped to Munich to receive two hydrogen tanks fitted in the center tunnel and under the rear seat. It receives the same fifth-generation BMW eDrive electric motor mounted in the rear axle that regular production plug-in hybrid and electric BMW vehicles receive. 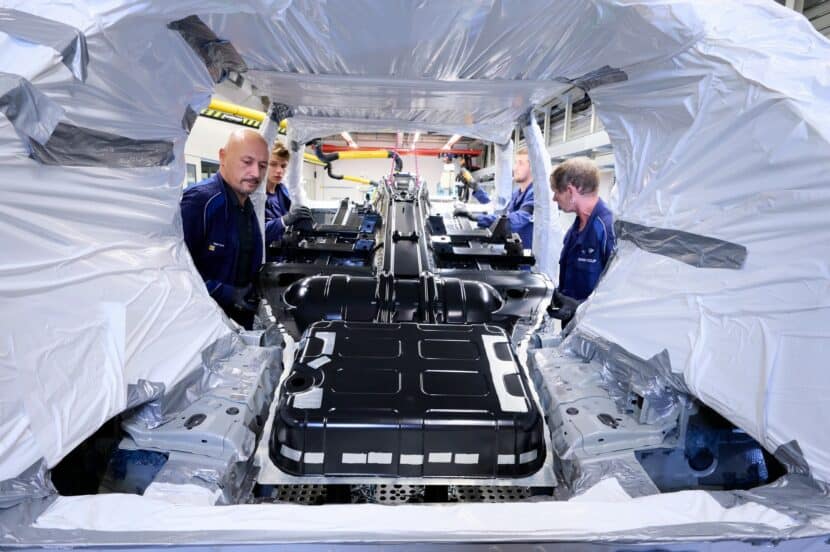 Though it shares a chassis and some parts with more pedestrian X5 models, the iX5 Hydrogen features many parts you won’t find on any other model. Many of these parts are 3D printed at the Additive Manufacturing Campus in Oberschleissheim near Munich. Other components, like the fuel cell systems, are manufactured in Garching. But the actual fuel cells come directly from Japan. They are only a few millimeters thick and they consist of electrodes and an electrolyte. Next, the hydrogen is broken down into two electrons and two protons. Water is then formed from protons, electrons and ambient oxygen. In the next step, the fuel cells convert the chemical energy of water synthesis into electricity and heat.

BMW showcased this process in an assembly hall in Garching. This is also where the fuel cells go through a test station before being put into a stack. With the cell plates sitting on top of each other, a press pushes down to compress them to about 20 percent of its original height. Worried about damaging the fuel cell? Don’t fret, BMW has a solution for that. The actual press machine pushes down on the seals surrounding each cell.

With the fuel cell stack complete, it is now ready for the next assembly phase. An engineer adds all the ancillary units (like an electric turbocharger), cables and hoses. A first change of hydrogen activates the stack and it is now ready to be transported to the FIZ Research Center in Munich where the marriages with the BMW X5 body takes place.

In Spartanburg, the BMW iX5 Hydrogen is hand-built one at a time and goes through the usual body shop, paint booth, and assembly process. Finally, technicians inspect the vehicle before it undergoes a regiment of operational checks at the BMW test center.

Power and Performance of the iX5 Hydrogen 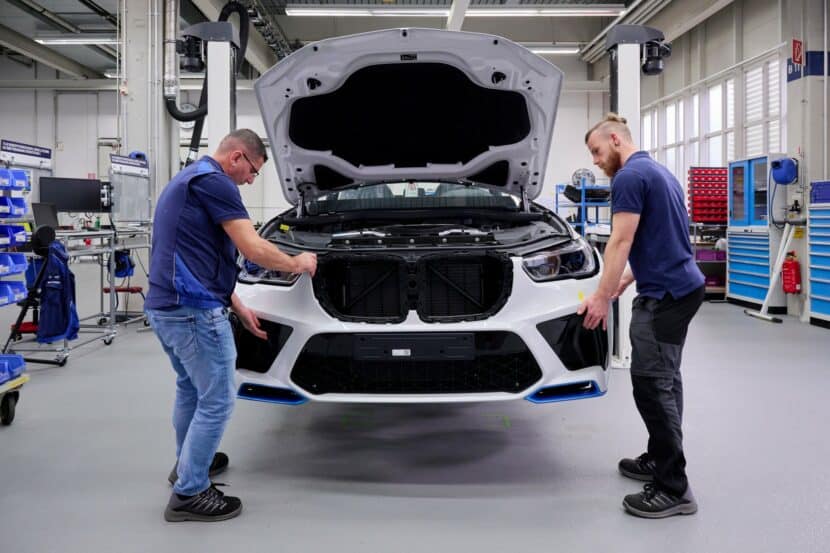 Powering the iX5 Hydrogen is an electric motor and battery, mated to a fuel cell and two hydrogen tanks. The system’s combined output is a claimed 374 horsepower, and BMW says it’ll make the sprint from zero to 60 mph in under seven seconds. BMW didn’t disclose a specific weight, only stipulating that the vehicle weighs approximately the same as a comparable PHEV and less than a comparable BEV. The 2022 X5 xDrive45e tips the scales at around 5,600 pounds, so it’s fair to assume its hydrogen-powered counterpart isn’t exactly a featherweight.

The range for the vehicle is estimated to be just 310 miles. That’s a bit less than the X5 xDrive45e, which can return up to 400 miles of range. BMW says the iX5 Hydrogen will pull all the way to 118 mph, which would probably leave US drivers bewildered and wondering why they paid for the full speedometer if they only get to use half. But I’ve digressed. 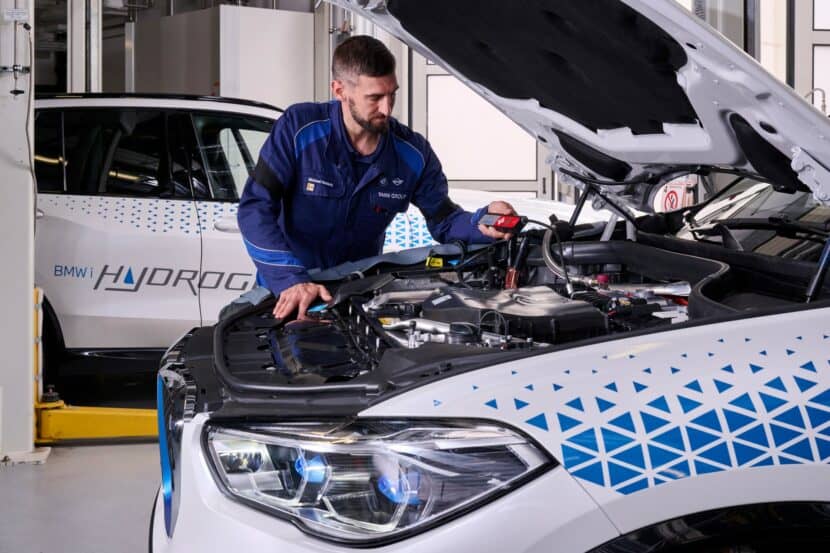 Frank Weber, a member of the board of management of BMW AG, has a lot to say about hydrogen-powered vehicles. “Hydrogen is a versatile energy source that has a key role to play as we progress towards climate neutrality,” he says. He thinks hydrogen will significantly increase in popularity, emphasizing the importance of pairing electric drive systems with sensible renewable fuels like hydrogen. More importantly, he notes that fuel cells don’t deplete reserves of raw materials like lithium and nickel, unlike batteries.

Mr. Weber makes a good point, considering over forty countries worldwide currently have a hydrogen-based power strategy in place. Hydrogen stations worldwide increased by 27% from 2020 to 2021. Hydrogen is greener than sourcing batteries, and relying on only one technology simply creates new dependencies. BMW insists that combining electrification with hydrogen is a more sustainable and greener approach.

Furthermore, the iX5 Hydrogen is one of the best illustrations of the BMW iFACTORY production plan. Small-scale production is one of the biggest hurdles a major OEM can face, especially when combining three different powertrains. It can be costly and technically demanding, but apparently, BMW isn’t breaking a sweat.

That’s good news, too, because the hydrogen-powered vehicle space might get much more crowded in the future. Honda has officially announced a hydrogen-powered CR-V, and Toyota and Hyundai both have hydrogen options in the US market. So if a hydrogen revolution is on the horizon, BMW won’t be far behind the competition.