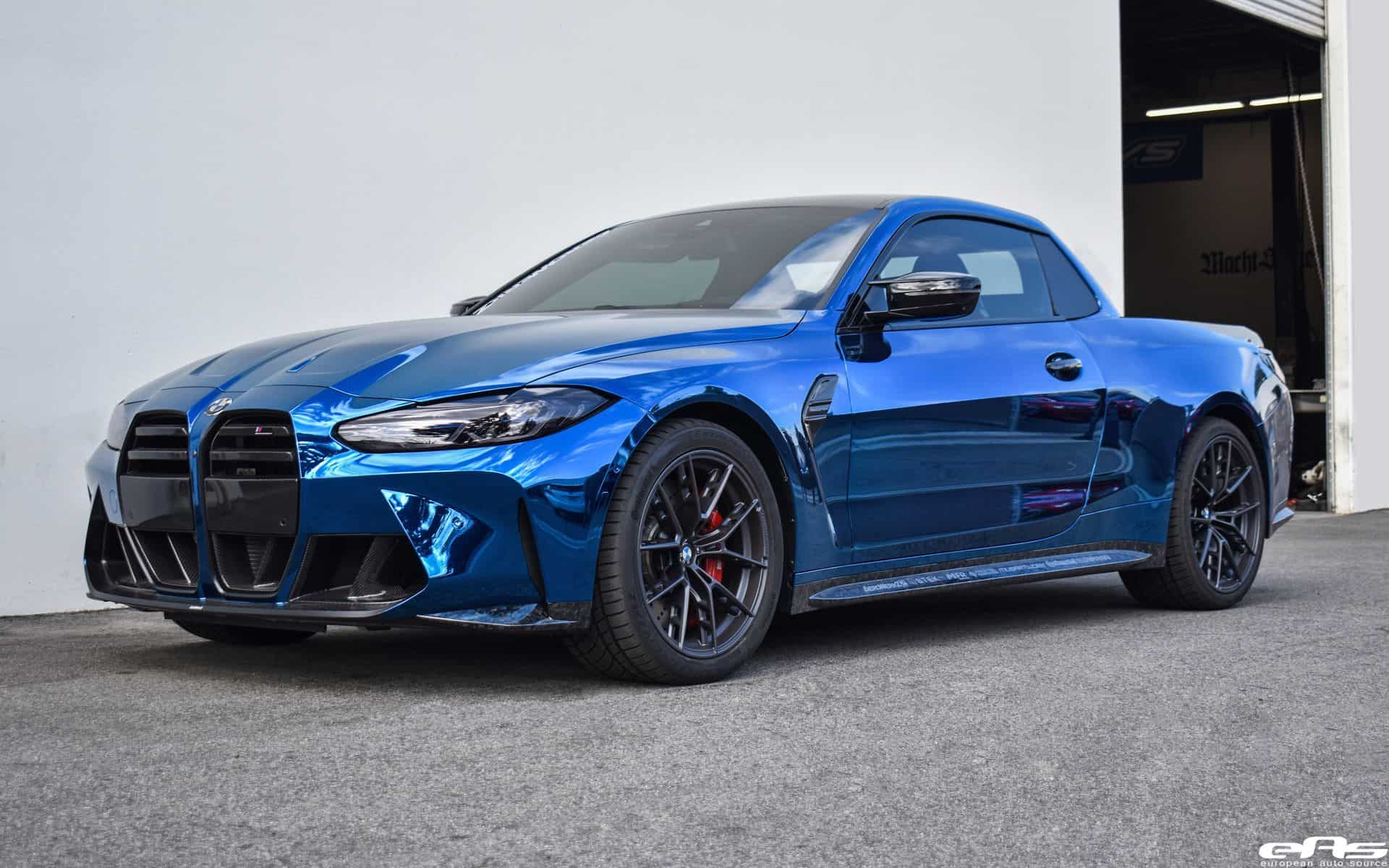 Someone had the idea to take a brand-new G82 BMW M4 and turn it into a sports ute, similar to the performance utes of Australia. The job only took around three weeks, to make sure it was done in time for SEMA, and it’s surprisingly impressive, hilarious, and fantastic. The build was done by Dinmann, who did it to show off their carbon fiber line of parts and very few things catch eyeballs like a reflective blue BMW M4 ute.

This M4 ute started off as a brand-new 2022 BMW M4 but obviously has much of its back end chopped off. Then the rear end was turned into a pickup truck bed. The conversion was done quite well and it looks like a proper ute, which makes its name quite fitting. Dinmann nicknamed the car the M4Maloo, which is a reference to the HSV Maloo, an Australian high-performance ute from a decade ago.

After the M4Maloo was created, it went to European Auto Source for some upgrades, such as AST lowering springs. It also sits on Style 963M wheels in Gunmetal Gray. But the mods were intentionally kept to a minimum, as Dinmann wanted the ute conversion to be the start of the show, rather than flashy wheels or aero mods. However, it does seem to have the Grale grille upgrade, which sections off the lower half of the grille and turns it into lower air intakes, to make the top half of the grille seem smaller. Here, it actually sort of works.

The idea of a performance ute is a fun one. Dynamically, it’s exactly the same as the sports car it’s based on, so it still drives and handles like a proper sports car. However, it also has a pickup truck-style bed and tailgate, so it’s surprisingly practical. Personally, I love owning sport sedans and never want to get an SUV or pickup but I frequently need to go to hardware stores to buy lumber, bags of concrete, and large tools, which often stress the limits of my cars. So a sports ute like this would fit my life perfectly. Kudos to Dinmann because this is a very cool build that was done very well.