BMW iX M60 is a deeply impressive car, one that should keep rival brands' engineers up at night 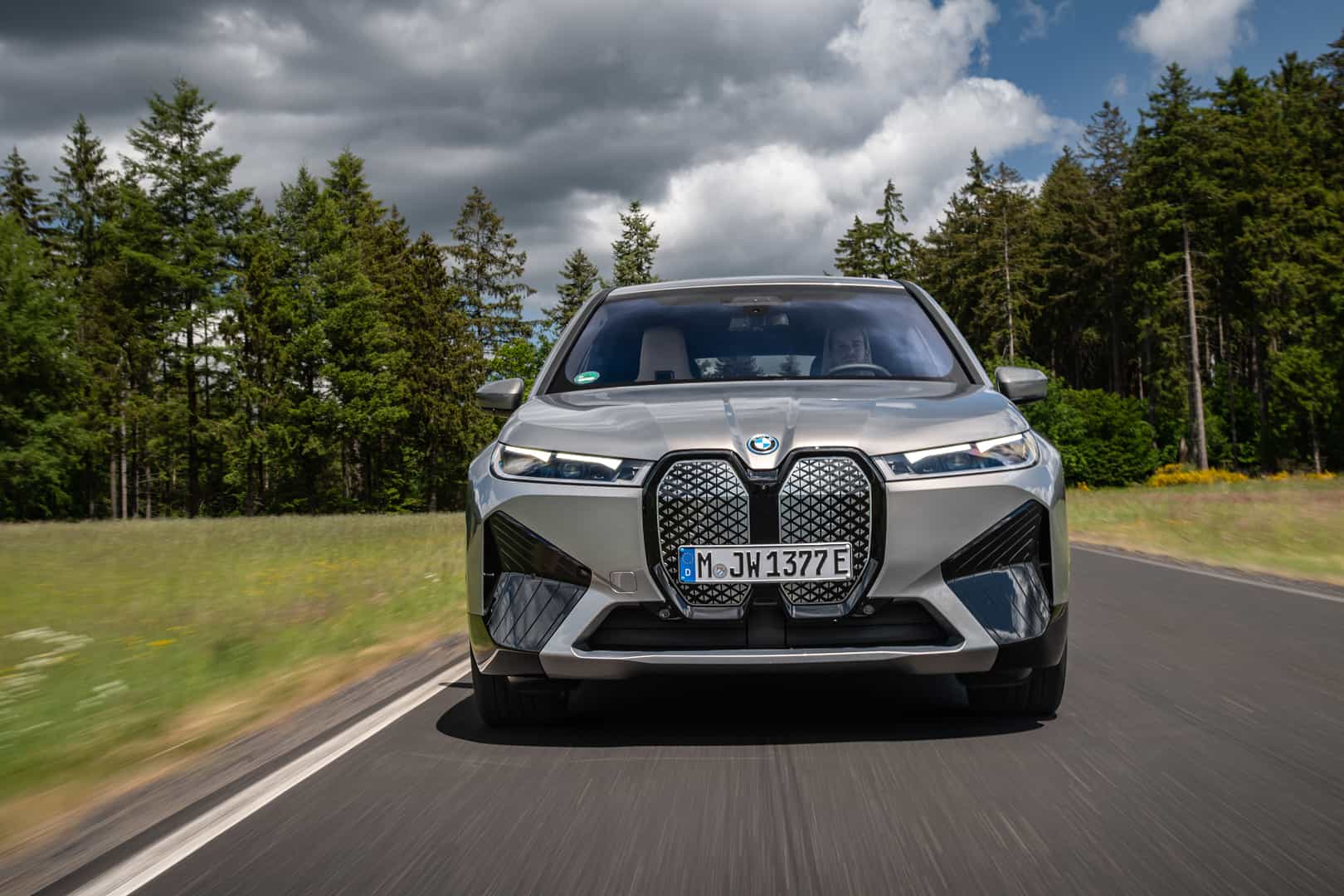 Playing spot the differences between the BMW iX xDrive50 and the BMW iX M60 is pretty easy—there really aren’t any. On paper, the iX M60 has more power, slightly more equipment, and better performance. But putting the two cars back-to-back, and actually driving them, reveals that their differences are subtle at best. Which is why, after my week with the iX M60, I was left wondering why you’d buy the iX M60 over its less expensive sibling.

The BMW iX M60 starts at $109,895, which is also almost $25,000 more expensive than the BMW iX xDrive50’s $85,095 starting price. For that extra money, you get more power, better performance, and some bronze accents. But those extras are barely noticeable.

BMW iX M60 is a deeply impressive car, one that should keep rival brands' engineers up at night but so is the cheaper iX xDrive50 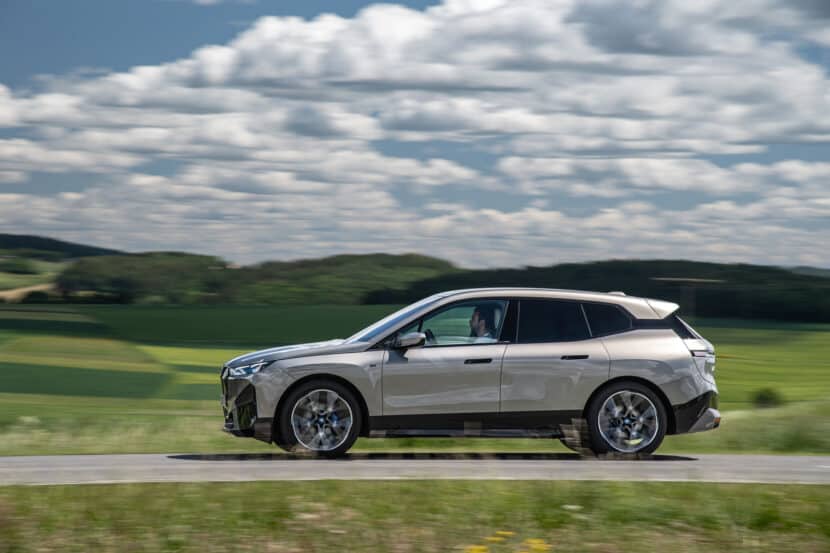 When I pulled up to pick up the BMW iX M60, I honestly couldn’t tell if it was an M60 or an xDrive50 until I got closer and saw the bronze accents. I thought it was a mistake and the fleet team brought the wrong car up. Typically, M Performance cars come with more aggressive front air intakes and rear diffusers, sportier looking wheels, and maybe even some M-style mirrors.

Not this one, though. To play devil’s advocate, I get that it’s an electric car and many of the design elements that make an M Performance car look sporty have to do with its piston engine, such as larger front air intakes and exhausts. You also don’t want ultra sporty wheels on the iX, as you want aerodynamic wheels for better range. So it isn’t entirely fair to judge the iX M60 against, say, a BMW X5 M50.

However, just because BMW couldn’t use traditionally sporty design elements on the iX M60 doesn’t mean it couldn’t try something. The iX M60 is probably the laziest visual M Performance design I’ve see yet. And while the car isn’t bad looking, it is disappointing.

The Interior Gets a Pass

It’s no different inside, either. The BMW iX M60 looks almost identical to a similarly equipped iX xDrive50. My test car had some bronze accents inside too and it was better equipped than my iX xDrive50 test car, so it did feel nicer but the latter can be optioned to match the former. That said, the interior gets a pass for its familiarity. The BMW iX in general has probably the best cabin of any modern BMW. It’s stylish, luxurious, and immensely comfortable.

The seats aren’t typical BMW seats, in that they aren’t heavily bolstered, because the iX M60 isn’t a true sports car, despite the “M” badges throughout. However, the seats are fabulous to sit in, the design is bright and rich, and it’s full of color and natural light. It reminds me a lot of the BMW i3 cabin, just one that got itself a much better wardrobe. 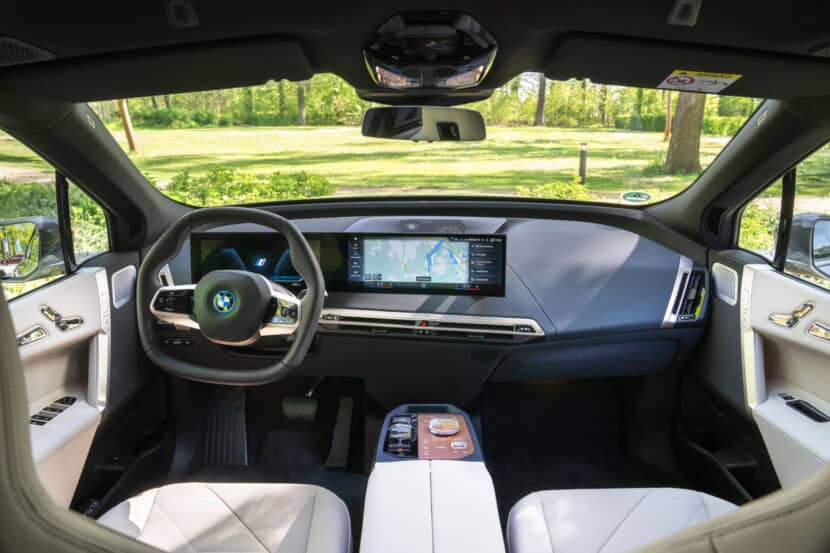 Being an EV, there’s a ton of interior space, both front and back, which made longer trips a breeze. You never feel claustrophobic in the iX, regardless of how much time you spend in it. OK, so it actually lacks some of the cargo space you’ll get in an X5, which is odd because the iX is built on a bespoke, one-off electric architecture that was built just for the iX, so you’d think it’d be more spacious but it isn’t. However, it will suit most people just fine. Larger families might struggle but that’s what an X7 is for.

My only beef with the iX’s cabin is iDrive 8. While it’s more advanced than iDrive 7, the new iDrive 8 system is starting to become frustrating. Its lack of physical climate controls is infuriating and its digital gauges are still pretty weak compared to other brands’. There’s a lot to like about iDrive 8, such as its menus and useful app screen, but the all-digital climate controls are maddening. If you’re sitting still, they’re fine. But on the move, they’re confusing and require taking your eyes off the road to operate. 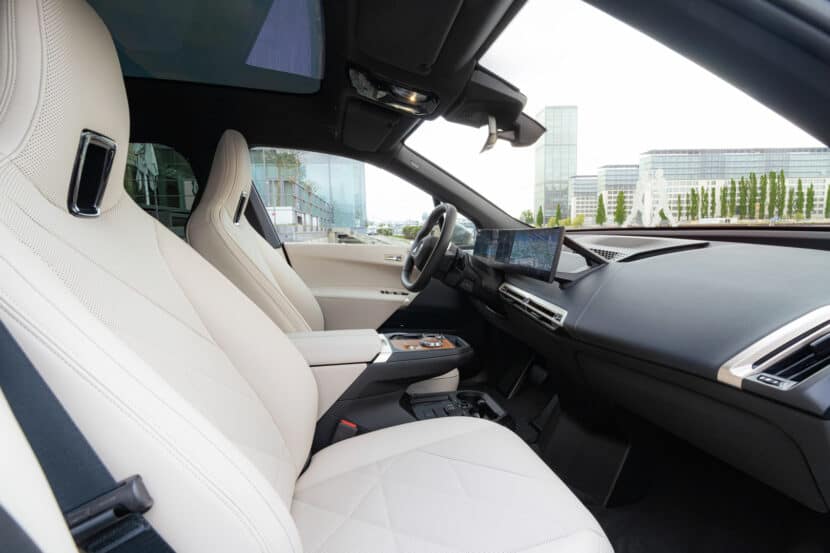 Still, I forgive its iDrive shortcomings because the iX’s cabin is a wonderful place to spend hours in. On the highway, it’s Rolls-Royce-quiet, visibility is mostly excellent, and its sense of space makes it incredible relaxing. I’d use it as a lounge if I owned one. Seriously, I’d go sit in it, in my driveway, with a beverage of choice, and get away from the noise of life. It’s lovely.

While it’s hard to tell the difference between the BMW iX M60 and the iX xDrive50, in terms of straight-line acceleration, I’ll never say no to more power. Under the skin, the iX M60 uses two electric motors to make 610 horsepower and and 811 lb-ft of torque. OK, so the full 610 horsepower is only available in short bursts but, when it’s fully deployed, hang on. It might not have a ludicrous mode, cheetah mode, goblin mode, or whatever other cutesy name makes Elon Musk feel trendy, but it’s still plenty fast.

Stomp the go-pedal in the iX M60 and you’ll almost lose your lunch. It’s a violent, effortlessly smooth gut punch of electric torque and it’s very fun the first few times you use it. After that, the novelty of stomach-churning acceleration wears off and it just becomes a really good tool for zipping in and out of traffic. 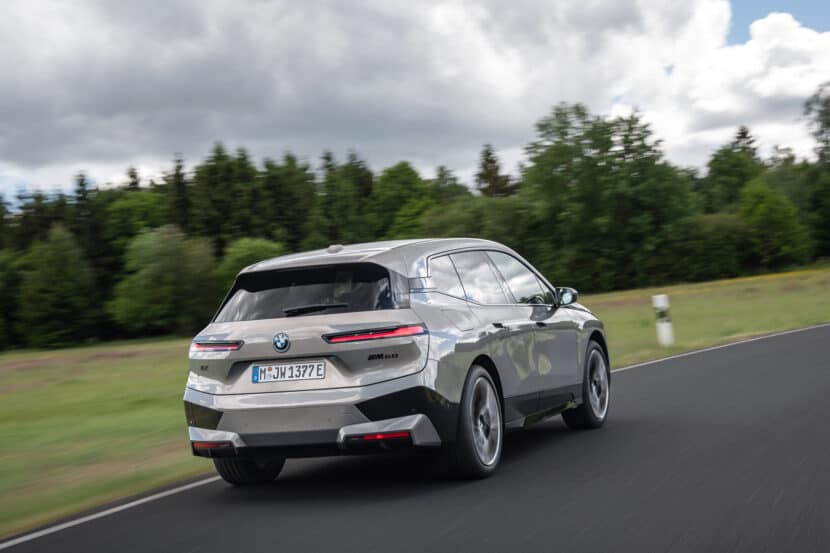 However, because electric cars all accelerate so similarly, the xDriv50 feels much the same. I never once thought the iX xDrive50 felt slow and no customer will, either.

The BMW iX M60 is actually a shockingly comfortable car. Despite its large wheels, the iX M60 rides beautifully and very few road imperfections make it into the cabin. It’s genuinely Rolls-Royce-like. Surely, then, if it’s big and comfy, it can’t be fun, right?

Well, yes and no. Obviously, the iX M60 isn’t a sports car, despite its badges. It’s very clear that comfort is its main priority. But BMW did a good job of injecting joy into its driving experience anyway. Its steering is among BMW’s best, with nice weight off center, giving you an idea of what the front wheels are doing, and front end accuracy is far better than you might expect. It’s sharp, direct, and immediate. It’s no M5 CS but it’s certainly fun for a luxury car. Should a twisty road happen upon you, the iX M60 can certainly take advantage of it. 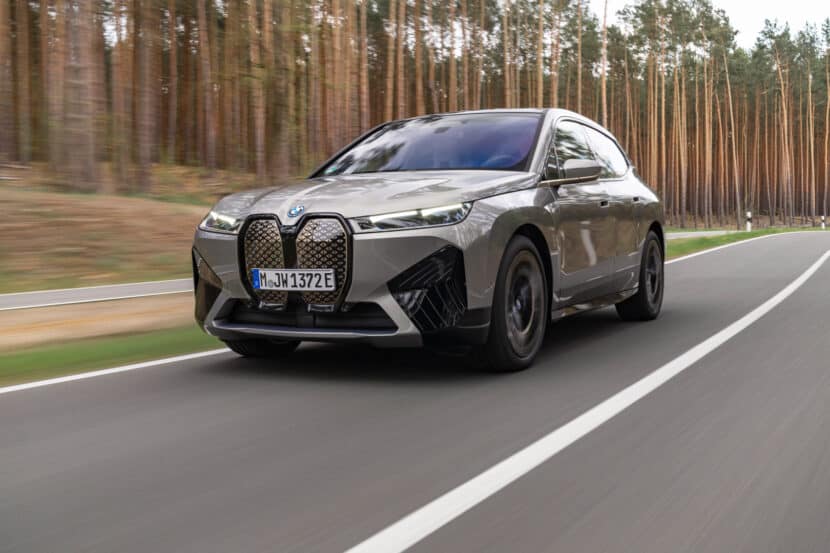 The only downside of driving the iX quickly is its steering wheel. While it looks cool, squircle steering wheels are just annoying to hold. It’s called a steering wheel, wheels shouldn’t have points. But that’s a very minor gripe.

In isolation, the BMW iX M60 is a deeply impressive car, one that should keep rival brands’ engineers up at night, wondering how they’re going to beat it. However, so too is the BMW iX xDrive50 and I have a hard time figuring out what the iX M60 does that its less expensive sibling doesn’t. It’s sort of an M Performance car in name only, as its differences are barely perceptible. So unless you jus really need to own the best of the best version of everything, the BMW iX xDrive50 is the way to go.

The BMW iX M60 is a great luxury EV and one that should worry all of its competition. However, so is the BMW iX xDrive50 and I'm not sure the M60 is worth the extra money.